Suhana Khan is quite active on social media.

Suhana Khan is having a lot of fun with her cousin Alia Chiba nowadays. Brother Aryan Khan has also joined the team of two sisters. Suhana shared a picture of this Tigris in her Instagram story.

Mumbai Suhana Khan and Aryan Khan, the children of famous Bollywood star Shah Rukh Khan, are often in the news. Although Aryan has posted less on social media, Suhana is quite active on social media. King Khan’s Ladli has a fan following on social media. Every picture she shared went viral in a while, recently Suhana shared a very nice picture with her brother Aryan Khan and sister Alia Chiba, but oops put up that picture.

Suhana Khan is having a lot of fun with her cousin Alia Chiba nowadays. Pictures of the two often go viral on social media. Brother Aryan Khan has also joined the team of two sisters. Suhana shared a picture of this Tigris in her Instagram story, which people like very much. 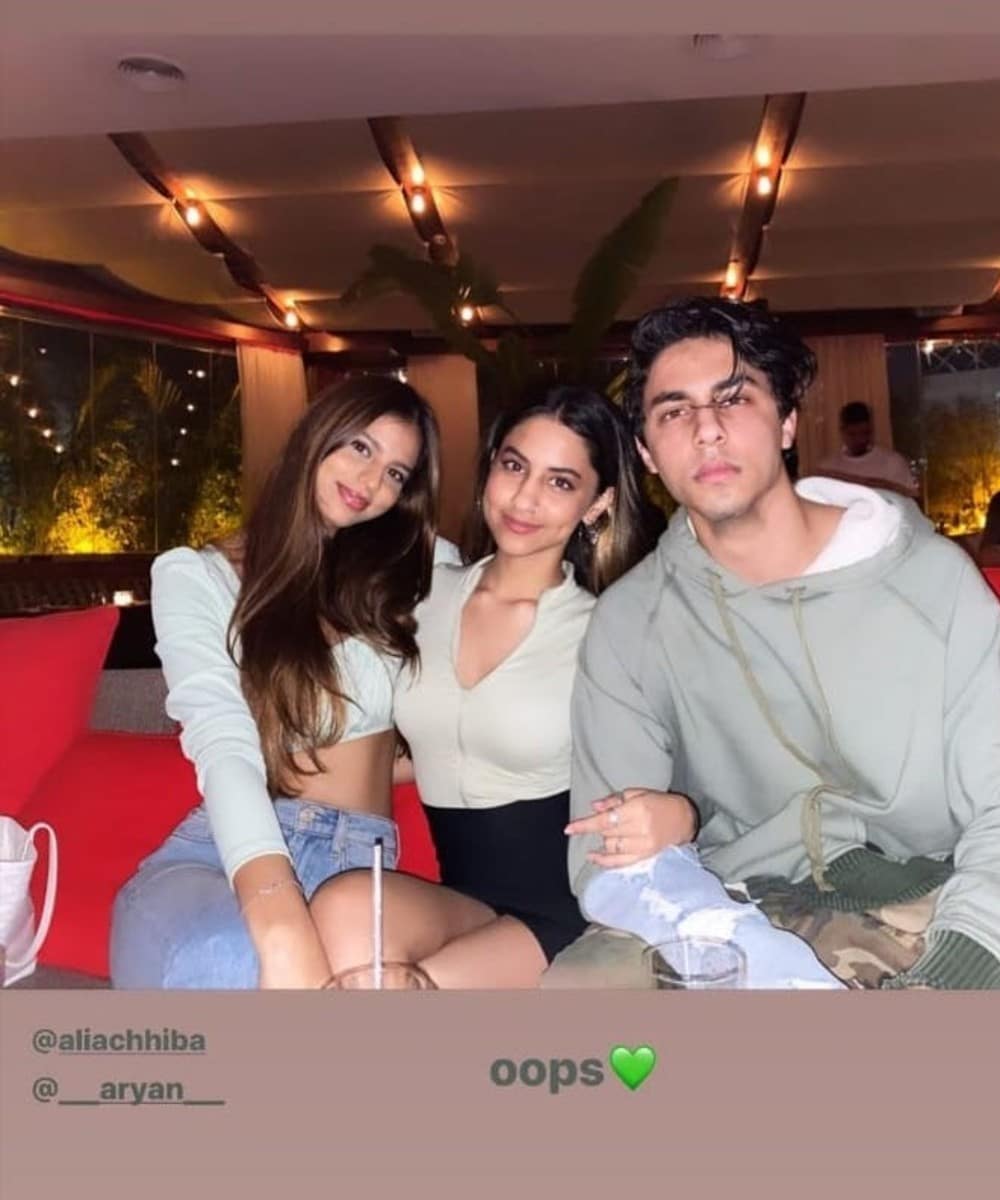 While sharing this photo, Suhana wrote in the caption, Offs and with it she created a heart emoji. In the photo, Suhana is seen wearing a white crop top with blue jeans. She looks so beautiful to post the camera with her hair open. Aryan, on the other hand, has been seen wearing a gray hoodie and pants. Her stunning looks are driving fans crazy. Alia Chiba often posts pictures of herself with Sohana on social media. Recently, Alia also shared many pictures on Instagram Story, where Suhana was seen.

Suhana Khan has 1.2 million fans on Instagram. Suhana is currently in Dubai with her entire family. Suhana arrived at the Dubai Stadium to watch the IPL match with Shah Rukh Khan. During this time, many of his pictures with Shah Rukh Khan went viral on social media.