What it was then, as soon as users saw Shilpa Sethi’s tweet, everyone started reminding them that today is not Independence Day, but Republic Day. Realizing her mistake, Shilpa Sethi also deleted the tweet and congratulated the fans on Republic Day while making a new tweet. By then, however, her tweet had gone viral and people were forcibly trolling her, with screenshots of Shilpa’s tweet. 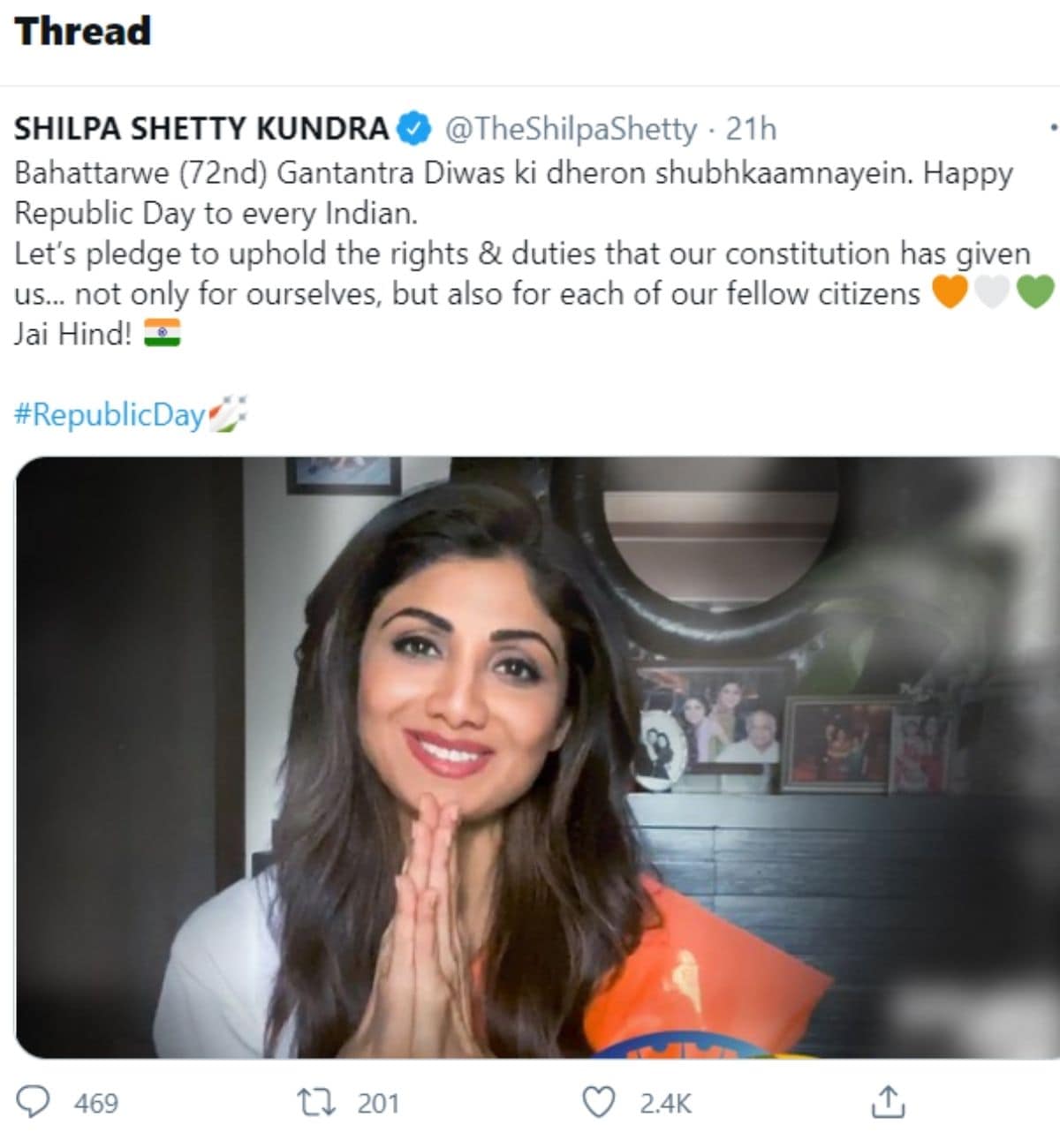 Shilpa Sethi re-wrote in her tweet – ‘Happy 17th (nd2nd) Republic Day. Happy Republic Day to all Indians. Today we are committed to the rights and responsibilities that our Constitution has given us. Joy Hind. Besides, Shilpa Sethi also shared a picture of her, in which she is seen standing with folded hands. It is learned that Shilpa Sethi is quite active on social media. Shilpa continues to share new posts on social media in the coming days.