Ramviksh Gaur, assistant director of the TV show that sells vegetables, said he got a job in a Bhojpuri film – he started his old job because of the lockdown. – DroidBuz.co

Rambraksh Gaur was a part of many television shows like ‘Balika Badhu’, ‘Jyoti’ and ‘Gulal’.

Recently, it was reported that Rambraksh Gaur, who was an assistant director in many TV shows, was selling vegetables in Azamgarh as he was not working these days. But now they have stopped this work. According to Ram, now he has got a job in a Bhojpuri film, where he will be an assistant director.

Speaking to Daily Bhaskar, Rambraksh Gaur said, ‘Honestly, I have been selling vegetables since my childhood. I used to go to sell vegetables with my father but I also used to finish my studies with it. I had to do something big in my life, which is why I came to Mumbai and chose a career in film production.

All savings have been spent on treatment

He said, ‘I have done a lot of TV shows and movies in the last 18 years, from which I have made a lot of money. However, for the last 3 years my health has been going very bad which is why I couldn’t do too much work. During this time all my savings were spent on treatment.

‘Somehow the work is going on but my financial situation has deteriorated drastically in the lockdown. To add some money again I started the old business of selling vegetables. I didn’t find anything wrong with it. ‘ 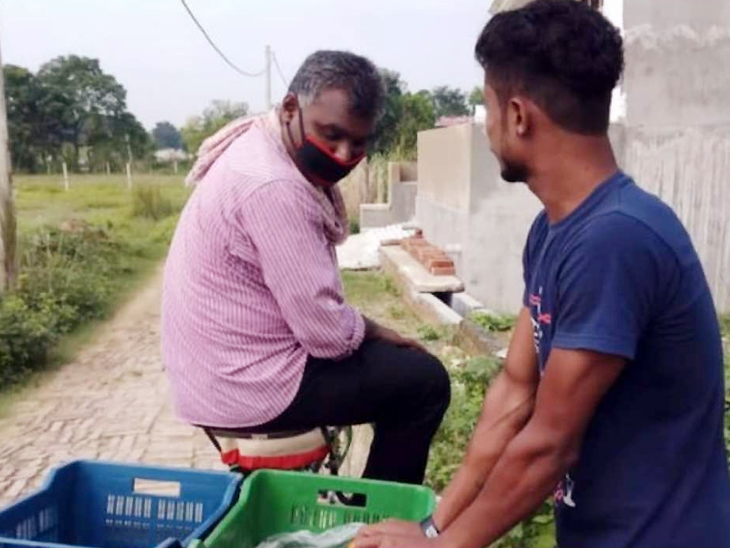 After getting the news of selling vegetables, he got a job

Rambraksh further said, ‘Although the plan could not go ahead due to lockdown, I also got a Bhojpuri film. The special thing is that the day I got the news of selling vegetables, the next day I got a job. Photo shooting has started where I am working as an assistant director. At the moment, I have stopped selling vegetables, although I will continue to do so if I get the chance.

There were problems with the maintenance of the family

Ram Gaur said of his illness, ‘I had a mild stroke a few years ago, which I myself treated in Mumbai. During the treatment, I spent a lot of money. After that he had difficulty in caring for his family, so he returned to the country.

He added, ‘I also have two children. There were many problems together. I started selling vegetables for a living. In the last 4-5 months the family has increased the amount of money needed. I am happy with my decision, I have no regrets. ‘

Rambraksh Gaur was a part of many television shows like ‘Balika Badhu’, ‘Jyoti’ and ‘Gulal’.