New Delhi. Bhojpuri films are being made under the banner of Pashupatinath Productions under the direction of renowned filmmaker Sonu Khatri. ‘Love Song 2’ Shooting has started in Gorakhpur, Uttar Pradesh. The film was screened at The Radiant Resort on Medical College Road in Gorakhpur. The photo shoot started after regular worship and breaking of the coconut. The presenter of this film is Worldwide Records. The central characters are superstar Pradeep and Pandey Chintu. Her appearance in this film is quite different and interesting, which is surprising for the viewers. The heroine of the film is Nepali film superstar Shilpa Pokhrel. His chemistry cinematographers are going to like it very much. 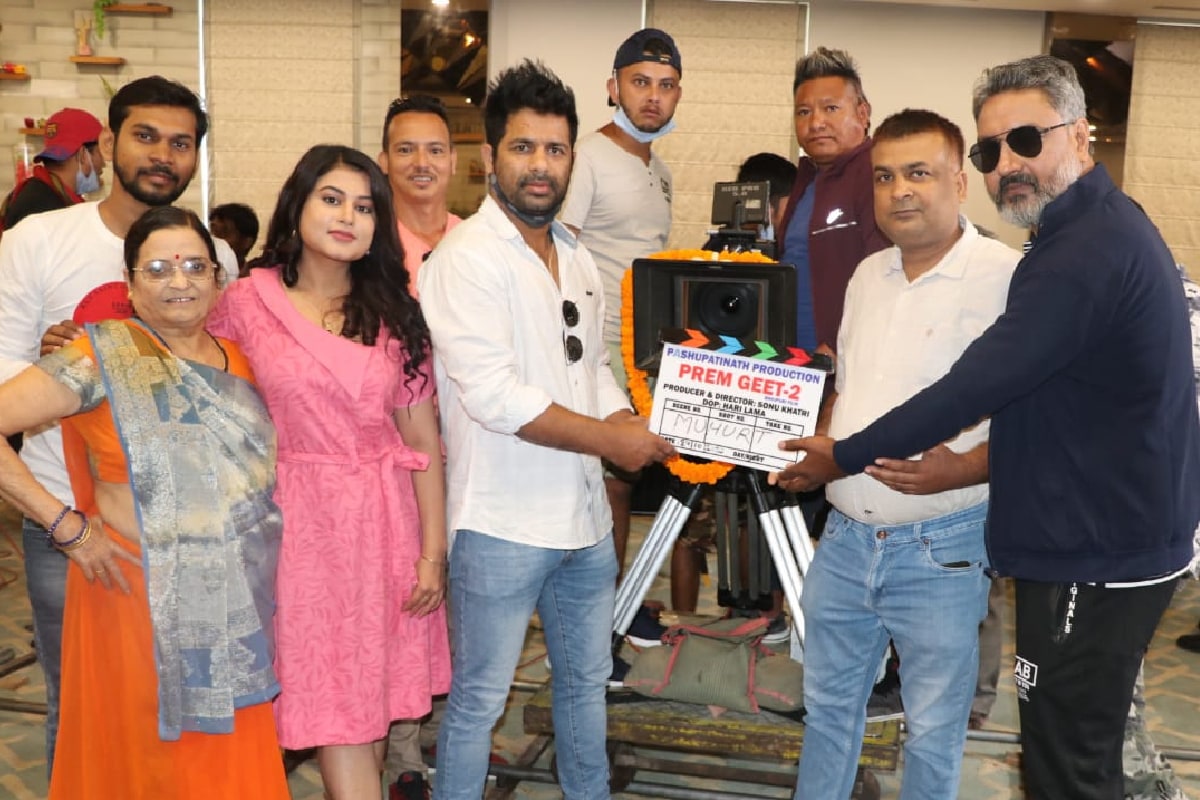 Eighty percent of the film will be shot in different locations in Gorakhpur and twenty percent of the film will be shot in a panoramic drama in Nepal. Due to the huge size created for viewing by the audience in each section, this image will be shown everywhere in 2021. Sonu Khatri is the producer and director of the whole family film ‘Prem Geet 2’. Co-producer Binod Kumar Tagore, cinematographer Hari Lama, choreographer Kabiraj Ghatraj and Vivek Thap, fight is the best. Associate Director Navraj Sharma, Editor Bande Prasad, Assistant Director is Deepak Kumar. The production is headed by Varjan Gharti and produced by Manoj Gupta. The film promoter is Ramchandra Yadav.