The Corona epidemic stopped the whole world, but the love of some celebrities also succeeded in the midst of the epidemic. Many celebrities have surprised everyone by getting married in a lockdown, including a few singers, TV actors and Bollywood celebrities. Let’s see which stars took seven rounds in Corona-

Priyanshu Panuli- Bandana Joshi- In Mirzapur 2, Priyanshu Panuli, who charmed everyone with her best character in Robin, got married to his girlfriend Bandana Joshi on November 27. The couple decided to get married earlier this year but the marriage continued to be postponed due to earlier dates and later lockdowns. After a long wait, the couple got married in Dehradun in the presence of family members and a few friends. After the wedding, the couple will have a reception in Mumbai in December.

Shahir Sheikh – Ruchika Kapoor – Some Rang Pyaar Ke Aisa Hai and these relationships are Pyaar actor Shahir Sheikh on November 26, his girlfriend Ruchika Kapoor got married in a court in Mumbai. The court marriage of the two was quite common with Shahi’s onscreen mother Supriya Pilgaonkar involved. After the wedding, Shahir has moved to his hometown Jammu, where his wedding is to be celebrated, while Ruchika’s housework will happen later. Following the court wedding, the couple will perform a traditional themed wedding in June 2021.

Sana Khan- Mufti Asad Saeed Saeed D- Sana Khan surprised everyone by getting married on November 20, saying goodbye to her acting career to walk the path of religion forever. The former actress is married to Gujarat Mufti and businessman Asad Saeed. It was a secret marriage, which Sanaa herself later revealed on social media. Pictures of the two went viral on social media.

Neha Kakkar – Rohan Preet Singh – Popular musician Neha Kakkar was married to Rising Star Rohan Preet Singh on October 24 in Delhi. Shortly before the wedding, the actress’ song Nehru Da Beh was released. Fans felt that the news of the wedding was just a promotional stunt, although the actress really stopped on October 20 and got married on October 24. A grand party was held this evening at the end of the Anand Karaj ceremony at the Gurudwara in Delhi.

Taher Shabbir – Akshita Gandhi – Famous actor Taher Shabbir was married to his girlfriend Aksita Gandhi on October 2. The two had been dating for a long time after which the two got engaged in Corona in August. Taher shared the pictures on social media and gave the fans the good news of the wedding.

Balraj Sayal- Dipti Tuli- Popular comedian and danger player Balraj Sayal married his girlfriend Dipti Tuli on August 2. The couple got married in Jalandhar, Punjab, after which the actor posted it on social media. Dipti is a musician whom Balraj first met during a stage show in Chandigarh.

Policy Taylor – Tested Bawa- TV actress Niti Taylor married Parikit Bawa on August 13 in Gurgaon. The marriage took place at the Gurudwara, where only family members were present. Niti was also a school classmate. The two started dating each other just a few months ago. The ritual of Niti’s Mehndi and Halud took place at his house, the pictures of which he shared on his social media account.

Nikhil Siddhartha – Pallavi Verma – On February 3, 2020, Telugu actor Nikhil Siddhartha met his girlfriend Dr. Pallavi announced her engagement to Verma. After that, the couple tied the knot on May 14 at a traditional ceremony in Hyderabad. Only enumerators were invited to follow Corona’s guidelines on marriage. 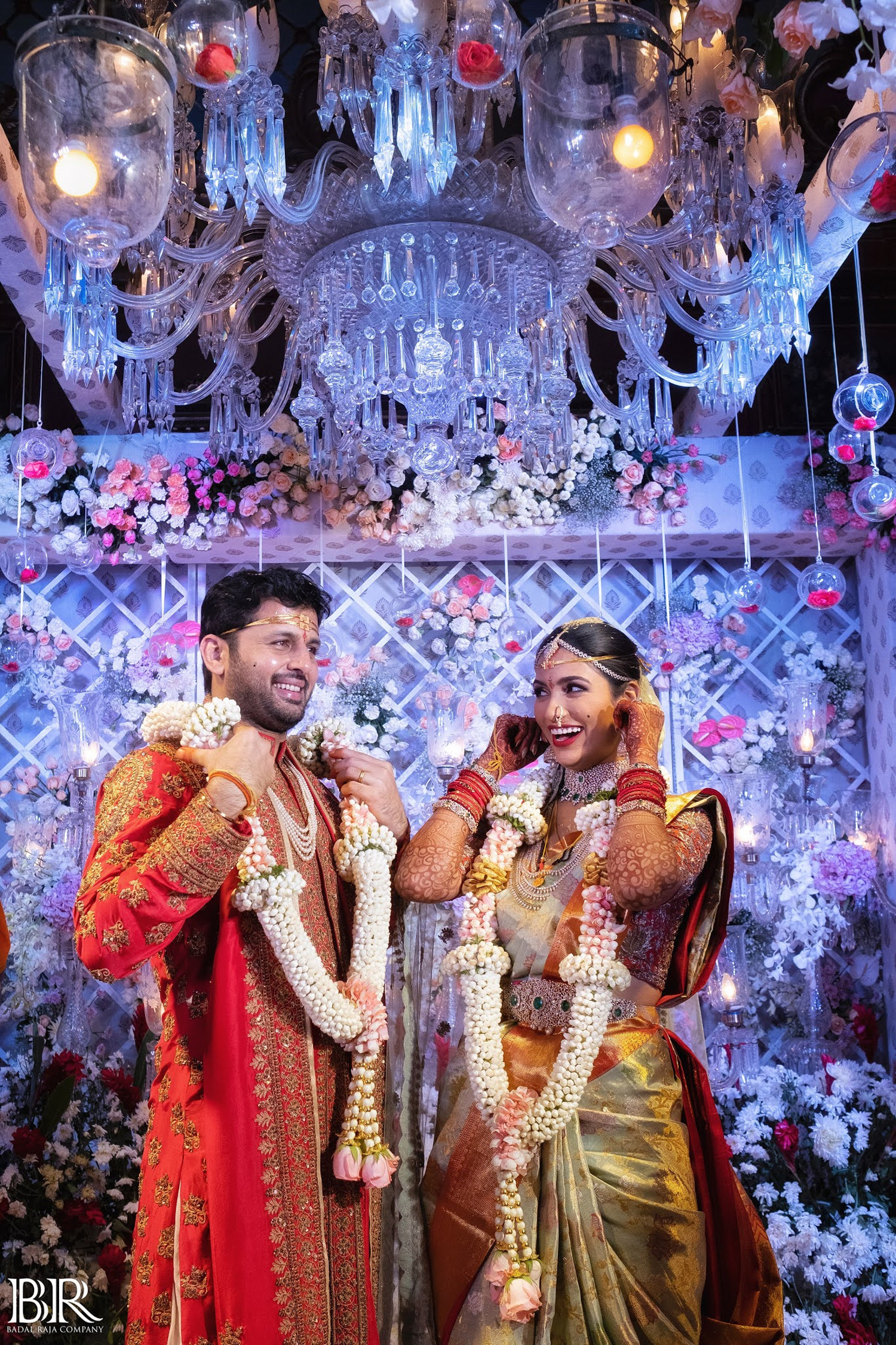 Poonam Pandey – Sam Bomb – Poonam Pandey, who came to the discussion in a brave way, surprised everyone by marrying her boyfriend Sam Bombay on September 2. Soon after the marriage, the newlyweds left for Goa for their honeymoon. Exactly 10 days after the marriage, Poonam and Sam got into a fierce fight, after which the actress lodged a complaint against Sam at the Goa police station alleging that she was a detective. The actress later withdrew the case after a compromise between the two.

Natasha Stankovich – Hardik Pandya – Zero and DJ Babu were seen in the song. Actress Natasha is married to cricketer Hardik Pandya this year. Hardick proposed to Natasha on January 1, after which the two announced their engagement. On May 31, Hardik and Natasha shared a few photos of their wedding, sharing the joy of being parents. They were both secretly married following the customary rites.

Pooja Banerjee- Kunal Verma- Kunal Verma and Pooja Banerjee, who have been dating for the past 9 years, got married on April 15 in a lockdown. The couple got engaged in 2017, then the marriage was postponed due to work commitments. On April 15, the two were supposed to tie the knot in a solemn ceremony, but due to the lockout, they had a normal wedding following Bengali customs. The money raised for the wedding was donated by both to the Prime Minister’s Care Fund.