In Swapna Chowdhury’s secret wedding photo in January, dancers are seen marrying a hero among the people nearby. – DroidBuz.co | Daily Bollywood News

After their marriage in January 2020, Sapna Chowdhury gave birth to a son in the first week of October.

Haryanvi dancer and Bigg Boss 11 contestant Swapna Chowdhury has recently given birth to a son. Her husband Bir Sahu shared this information through social media. At this point, she also spoke of her secret marriage in January 2020. A few photos of which have now surfaced. In which the couple is seen performing wedding ceremonies.

As much as the fans of Sapna were surprised at the news of her becoming a mother, they were also surprised that Sapna got married. Because he did not make any public announcement about it. Bir Sahu said that he could not share the joy with the fans because of the death of someone in the family. 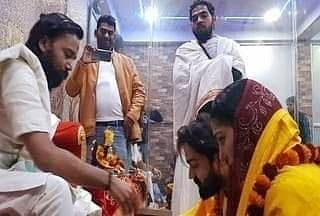 Her wedding photos have been shared on the fan page with the name Swapna Chowdhury hary with which it is written … ‘Friends, I tell you, #SwapnaMem and #Vira_Sahubhai got married in the same year #January 2020 … No announcement was made as there was some mishap in the Bir Bhai family, which led to #SwapnaMem and #Vera_Sahu Bhai getting married in the usual way only in the presence of their #family. “ 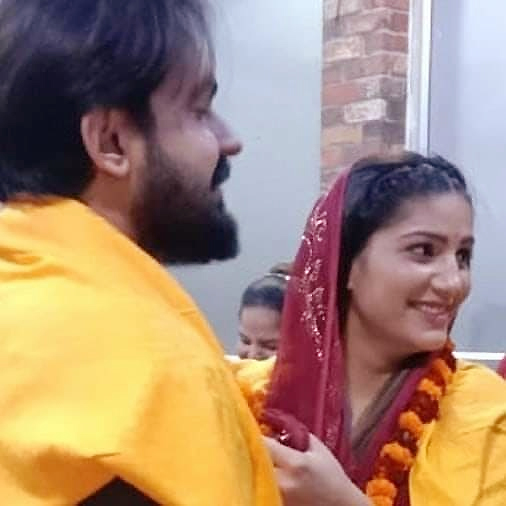 Swapna Chowdhury put a garland on the hero’s neck.

In the published wedding photos, Sapna and Vir are seen performing the wedding in the presence of a Pandit and some close friends and family. In one photo, the two are seen wearing garlands around each other’s necks. They were married after a relationship of about four years.

Bir Sahu not only shared information about Sapna’s mother on social media, but also angered those who trolled her with the news. He said that human interference in one’s personal life is not good at all. We are married to our will, so that people are not separated from it. ‘

Both were married with consent

About his marriage, Bir Sahu said, ‘We got married with the consent of both the families. I respect Sapna’s struggle and do not interfere in her work. He will return to his unfinished project soon. Bir Sahu asked those who made obscene comments on social media to respect women and artists. 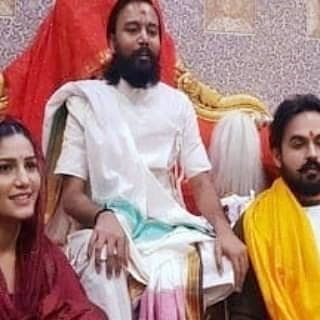 Who is the husband of the dream? 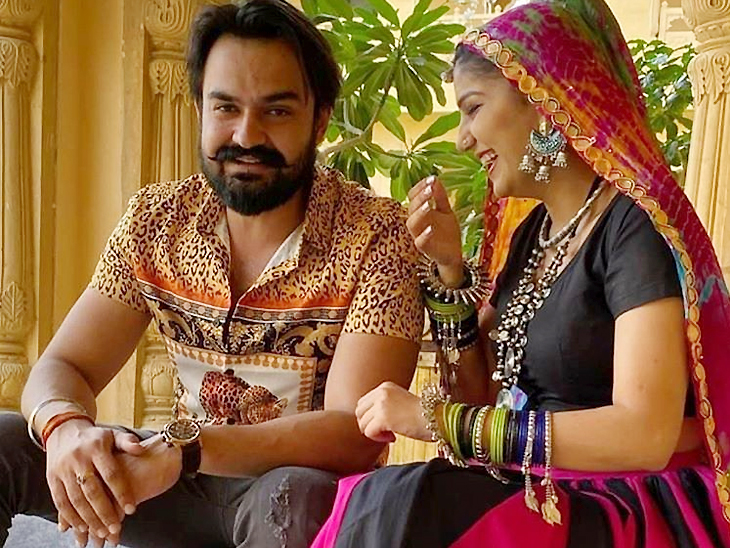 Sapna is involved in the debate

The dream image was like the always controversial dancer. He was controversial in 2016 when he tried to commit suicide by consuming poison. After consuming the poison, Sapna was admitted to the hospital in critical condition where she won the battle of life despite fighting to the death for several days.

Good news: Haryanvi dancer and Bigg Boss 11 contestant Swapna Chowdhury’s mother, husband Bir Sahu has given information through social media.
Controversial life of Sapna: Fans stunned after hearing the news of Swapna Chowdhury’s secret marriage and becoming a mother, tried to commit suicide by consuming poison due to the controversy