Bollywood actress Jahnbi Kapoor on the set during the shooting of ‘Good Luck Jerry’. Here the youths associated with the peasant organization tried to disrupt the work on the first day.

Bollywood artists faced opposition from farmers in sending people to Punjab. The group that arrived here to shoot ‘Good Luck Jerry’ was stopped by protesters. Actress Jahnavi Kapoor was also there to shoot the film. After this incident, the film unit was assured not to work on the film until the farmers were satisfied. At the same time, Jahnbi Kapoor created a status on behalf of the farmers on his social media account, then the shooting started again.

The shooting of the Bollywood film ‘Good Luck Jerry’ starring actress Jahnavi Kapoor was supposed to start on Sunday. Meanwhile, a group of youths associated with the peasant movement had reached here. The youths chanted slogans against the central government as well as agriculture and Bollywood actors. 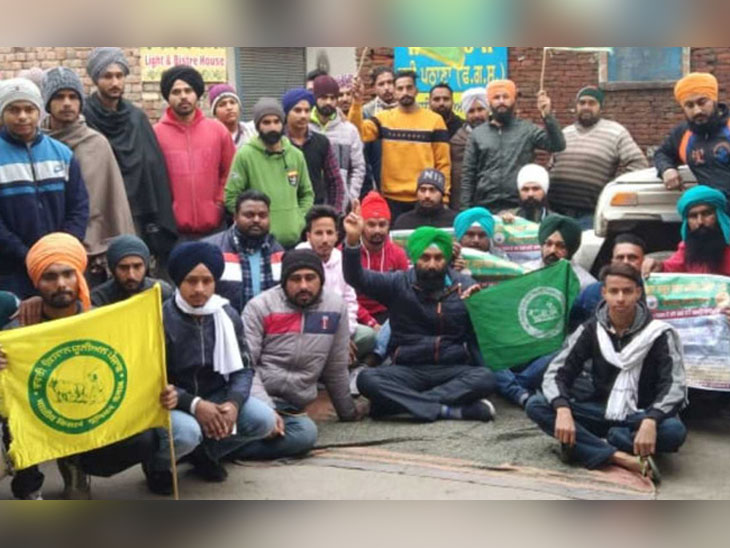 Peasant leaders like Jagjit Singh, Gajan Singh, Kamalpreet Singh, Americ Singh, Jagattar Singh, Gurbinder Singh and others have said that all the artists and actors of Punjabi art are supporting the peasant movement. Bollywood actors, on the other hand, came to Punjab to shoot their films, but they never said anything in favor of the peasant movement. That is why they are angry. He said that if these artists did not support the movement, they would be similarly opposed. 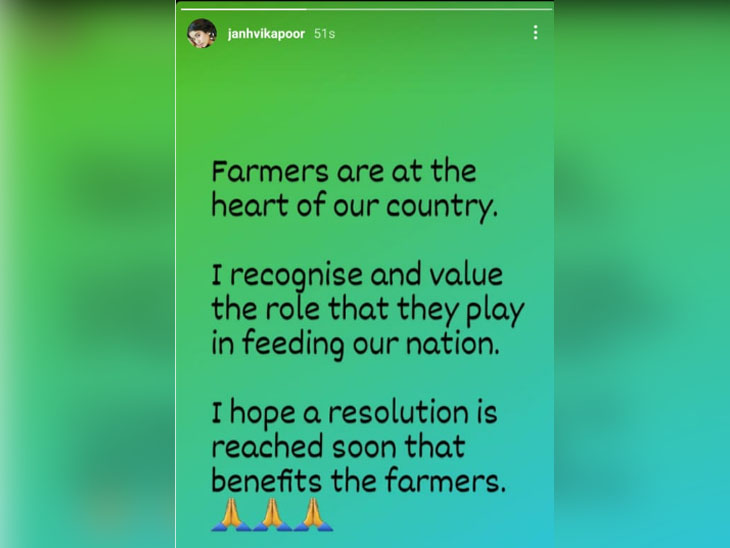 Actress Jahnavi Kapoor’s condition is in favor of the farmers, after which the work was allowed to resume and the farmers returned.

After this uproar, Laljit Singh and Manish Walia related to the film unit reached the spot. He told the youth that he was also with the farmers. He will not shoot until the farmer is satisfied. After receiving the information, police station in-charge Baljinder Singh Kong reached the spot along with the police team. He calmed them down by talking to the protesting farmers. Farmers, on the other hand, were not ready to comply. He sat there in dharna. After that, when Jahnavi Kapoor took a position to the right of the farmers on his social media account, the shooting started again. However, the shooting is going on.