Sana Khan married Mufti Anas Saeed, a resident of Surat, Gujarat, on November 20. After the wedding video went viral a day ago, Sana has now shared a photo with her husband on her social media account. In this picture Sana is seen with a beautiful red couple. Also, he has added Saeed in front of his name in his account. 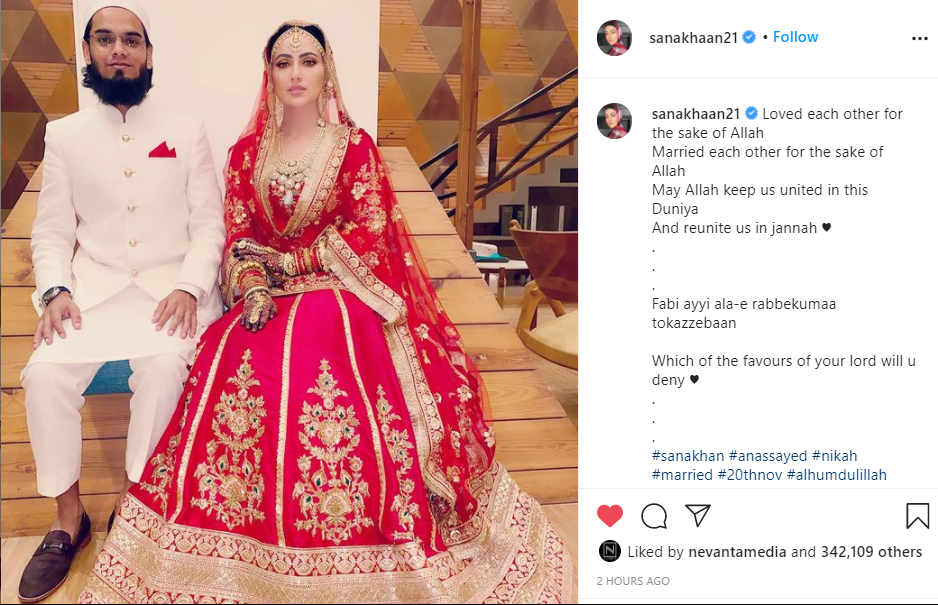 He said goodbye to Bollywood
Sana left the show business before marriage. He shared this information through social media. Sana wrote through a long post that she will serve humanity and follow the command of Allah, her Creator. Sana made her acting debut in 2005 with the Hindi film Yeh Hai Hai Society. He has since appeared in several Hindi, Malayalam, Tamil, Telugu and Kannada films. He then also starred in reality shows like Bigg Boss and Fair Factor.