After the death of Sushant Singh Rajput, new revelations are being made every day after the release of the medicine angle in this case. In this case now Deepika Padukone’s name has also been revealed, which was revealed by Drug Chat between her and her manager Karisma Prakash. After which now social media users are trolling them intensely and telling them to be drug addicts.

Following the release of the drug chat, Deepika became the target of social media users on Twitter #KarsidipikaPadukon Trending. During this time people make fun of him by making various comments. Mem has shared based on the scenes and dialogue of his films.

Deepika can issue a statement

According to sources, Deepika Padukone is seeking advice from her legal team after being named in the case and is said to be able to issue her statement. On Tuesday, the NCB team will question Deepika’s manager Karisma Prakash, talent manager Jaya Saha and Shruti Modi. The NPC has not yet released an official statement on Deepika’s role.

Users have made fun of Deepika 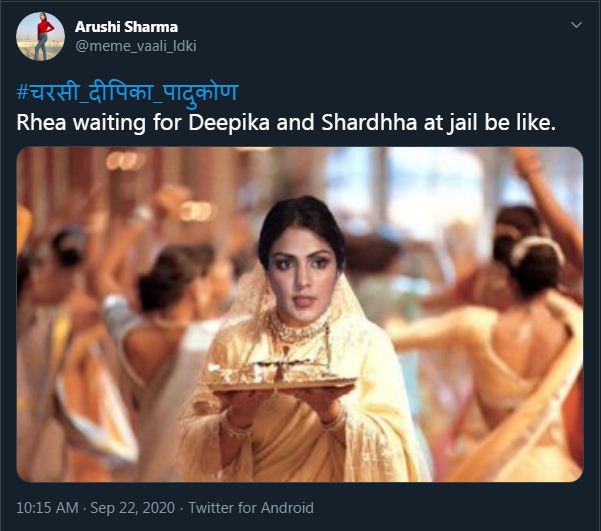 Poet Khushi Gobi shared the photo made in the photo and wrote to the user – while Riya is waiting for Deepika and Shraddha in jail. 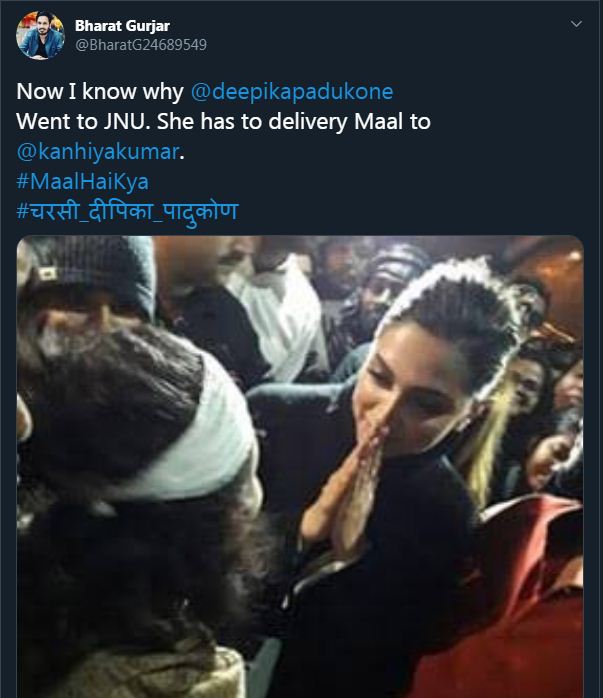 This user wrote- Now I know why Deepika Padukone went to JNU. They had to deliver ‘goods’ there. 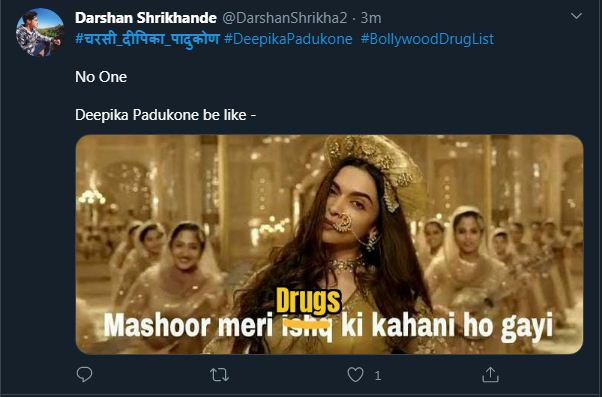 This user changed the lyrics of Deepika’s song in ‘Bajirao Mastani’ to ‘Famous My Drugs Story’. 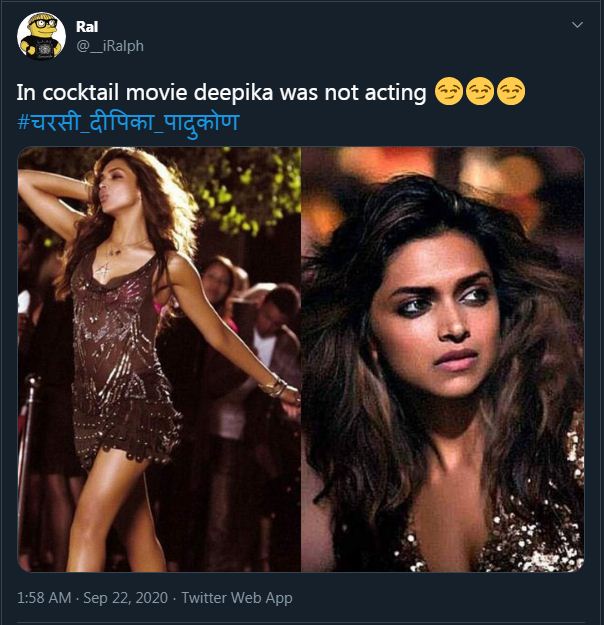 The user wrote that Deepika is not acting in the movie ‘Cocktail’. 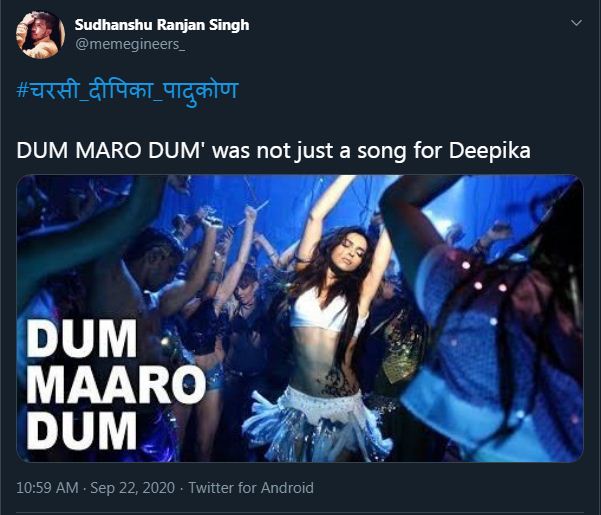 This user said that ‘Dum Maro Dum’ is not just a song of Deepika. 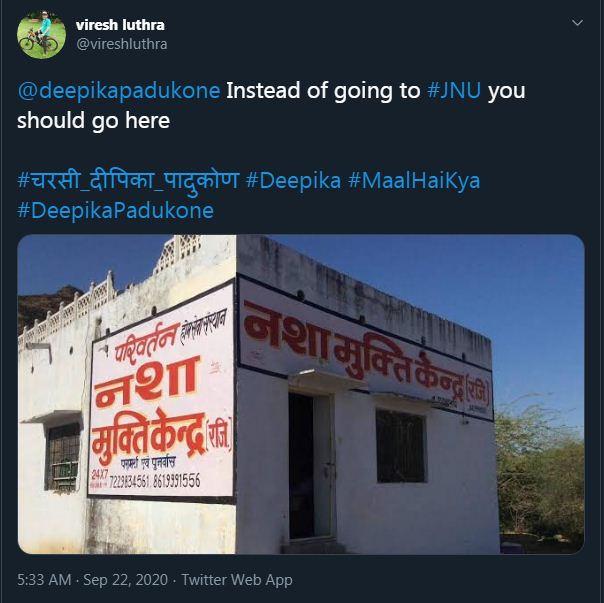 This user wrote, “Deepika should have gone to a drug addiction center instead of your JNU.” 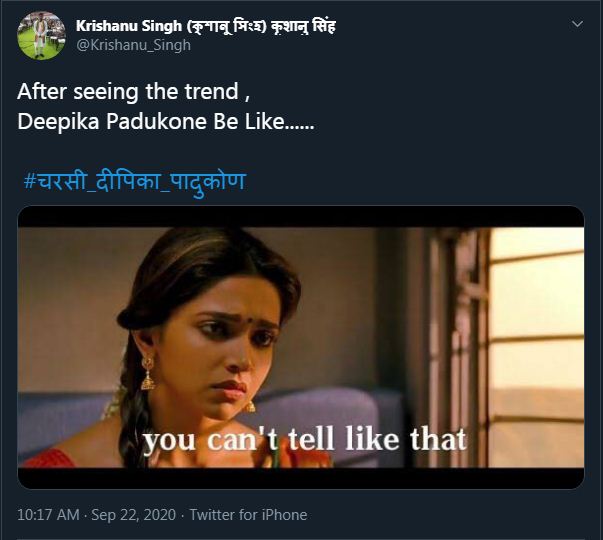 After sharing a picture of Deepika from the movie ‘Chennai Express’, a user wrote, # Deepika_Depika_Padukon What is Deepika thinking after seeing this trend. 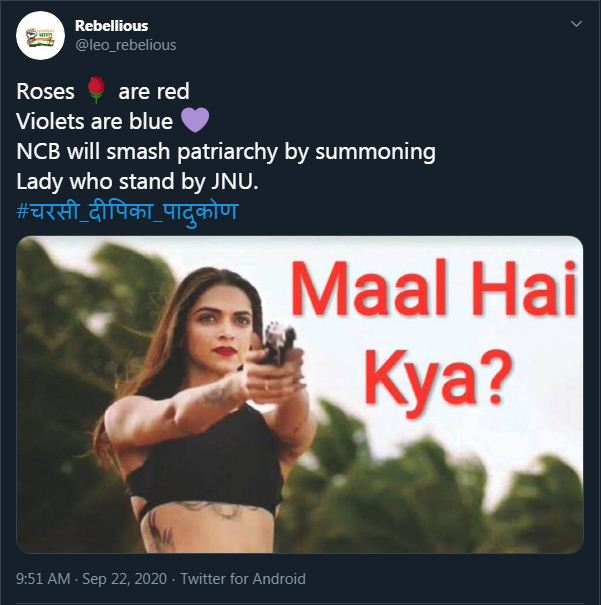 One user wrote that the NCB would break patriarchy by issuing summons to a woman standing with JNU. 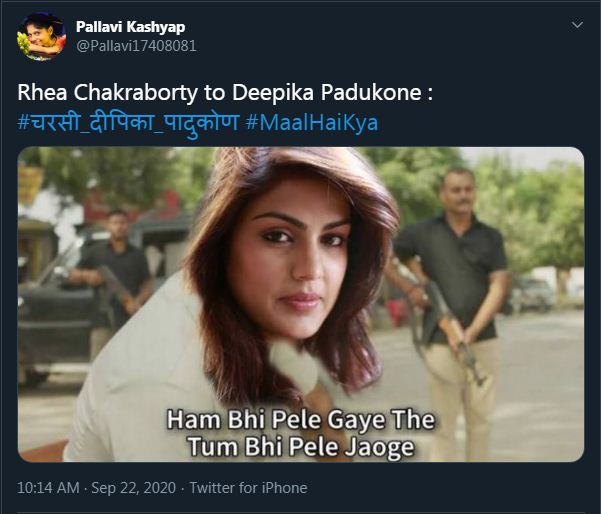 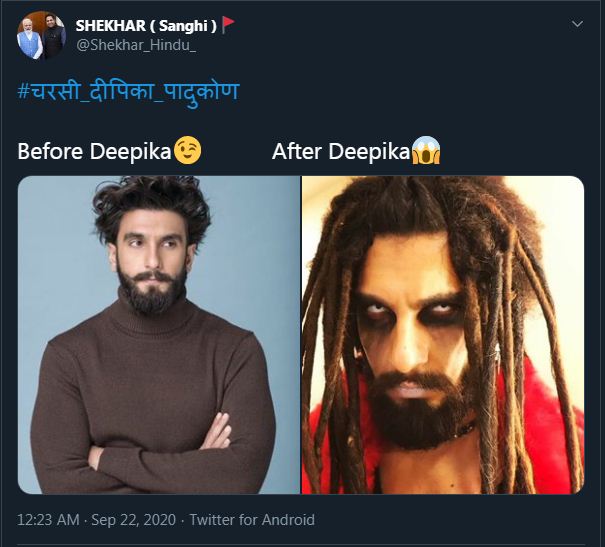 This user told Ranveer Singh’s condition before and after meeting Deepika. 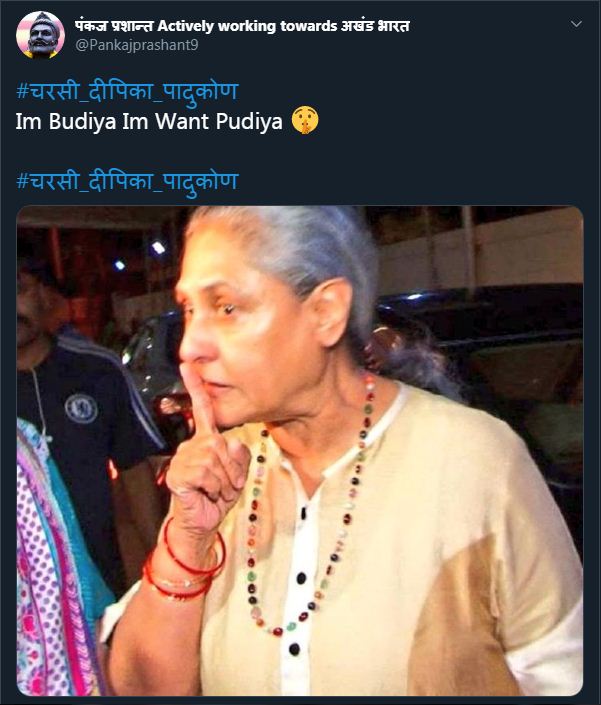 This user wrote angrily about Jaya Bachchan, ‘I am old and I want Pudia’. 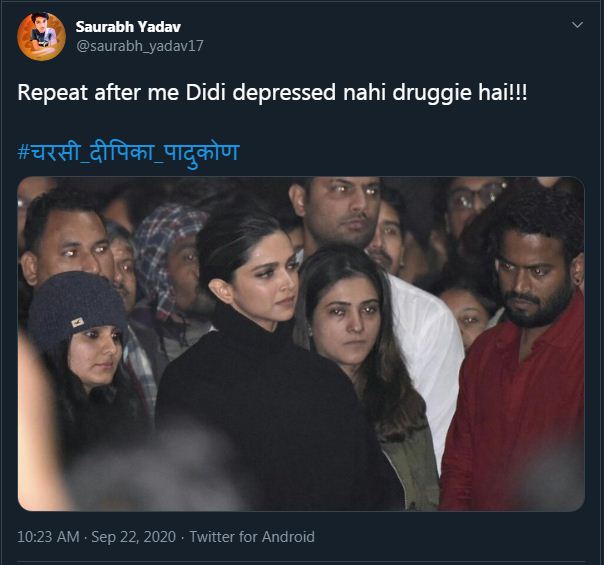 This user himself wrote in Deepika’s style, ‘Do it after me, Doi is not disappointed. 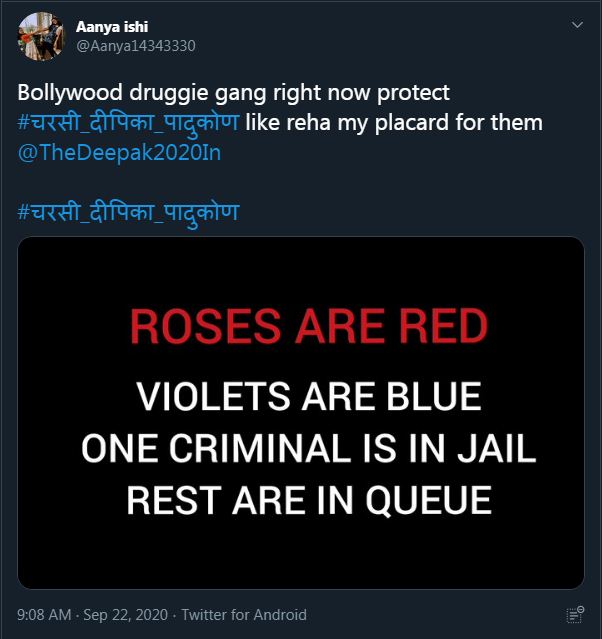 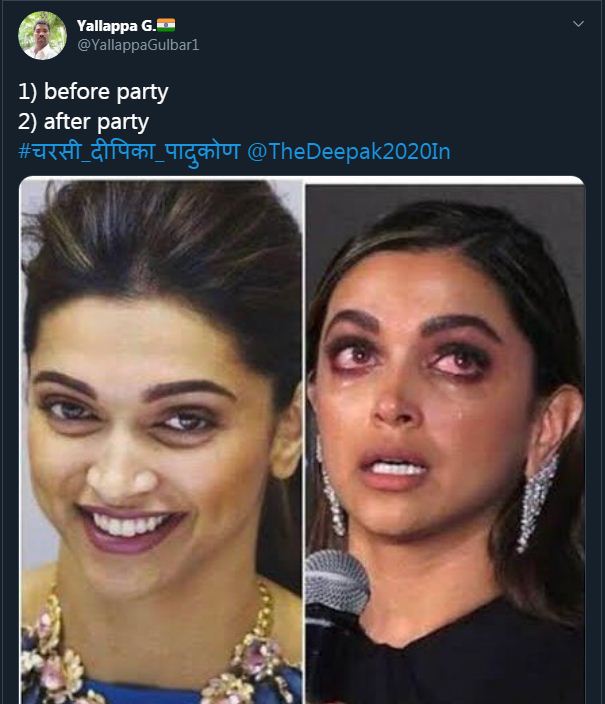 This user explained Deepika’s condition before and after the party. 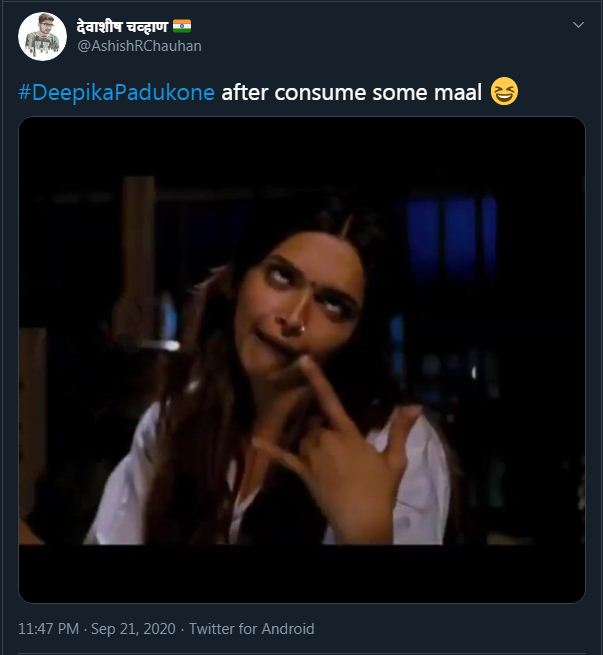 This user shared a photo of ‘Happy New Year’ photo and informed about Deepika’s condition after taking the items. 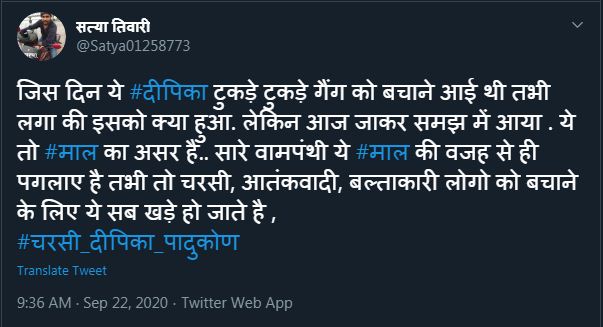 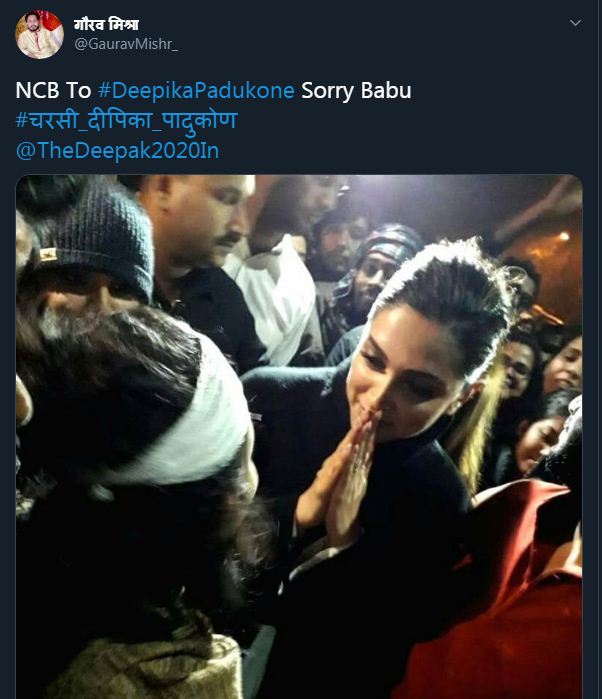 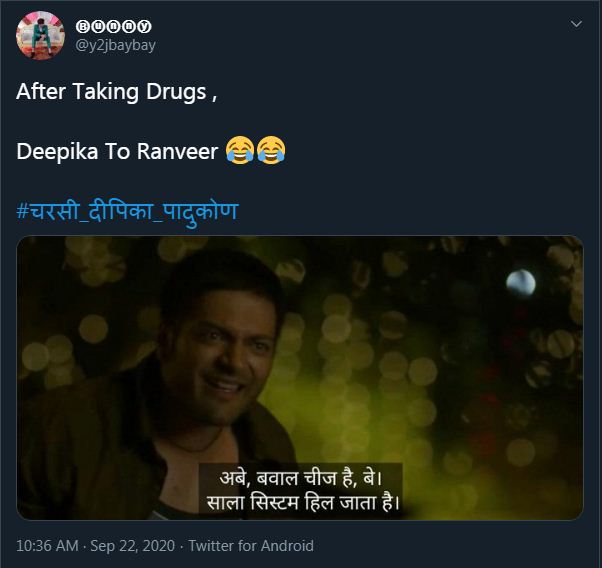 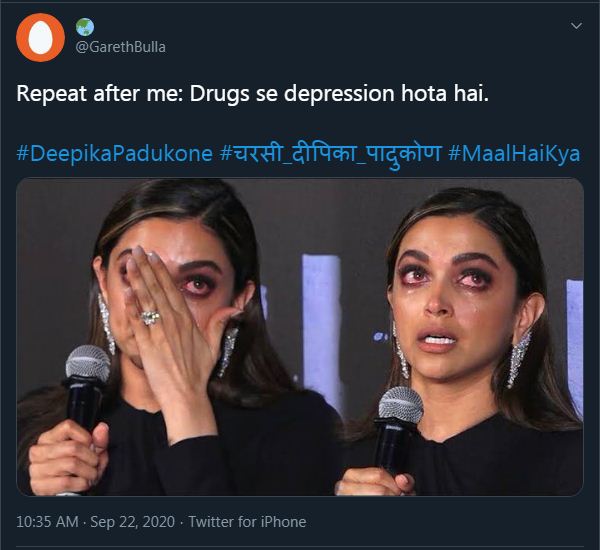