Amitabh Bachchan will donate his body, share the photo on Twitter with a green ribbon, wrote, ‘I have pledged to donate organs’ – DroidBuz.co | Daily Bollywood News

On Tuesday night, Amitabh tweeted and shared this photo.

Amitabh Bachchan, 77, has pledged to donate to a grand venture. He tweeted this information late Tuesday night. She also shared a photo of her coat, a green ribbon, which symbolizes the decision to donate organs.

Bachchan tweeted, “I promised to donate the organ … I put green ribbon to show its purity.”

Working 15 hours a day
In a second tweet on Wednesday morning, Amitabh said he was wearing a Pangolin mask and going to work 15 hours a day. He also shared a picture of himself through this tweet. These days, Amitabh is seen in the new season of KBC.

One day 4 pictures were shot
Amitabh may be 77 years old, but despite this age and the Corona era, he is very active. On his blog on September 13, he wrote, “The best days for work are when everyone else is at rest. Sunday. 4 movies, 3 short films, 6 chroma shoots, 2 sets of steel. G. Yes.” 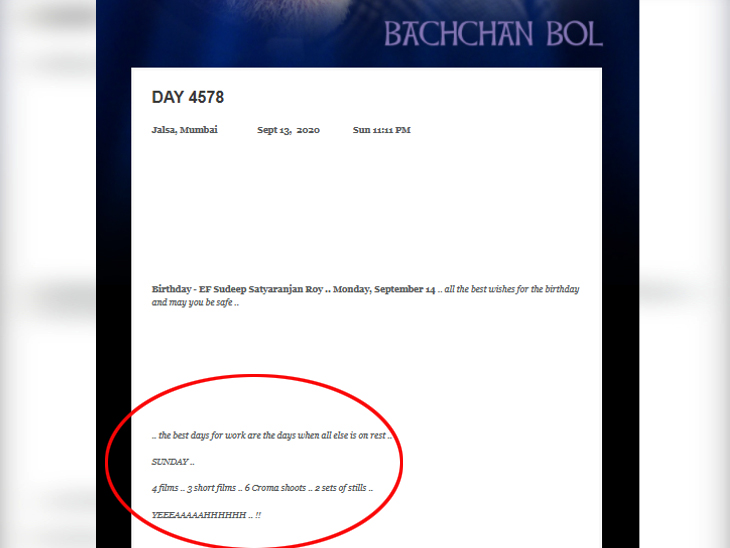 I am getting praise on social media
Social media users praised Amitabh’s decision to donate his organs. Many said while sharing their certificates that they also pledged to donate organs.

You’re really inspired by how you stay calm and do your job while everyone around you is engaged in hateful hate posts and abuse. pic.twitter.com/pnYbbw94iE