8 months later, ‘Lion’ will roar again in Tiger State, Vidya Balan is seen worshiping with the group in the forests of Balaghat – DroidBuz.co | Daily Bollywood News

Lioness has started shooting. Puja appeared in sets with the crew before the shooting started. In March, he was shooting in the forests of Delabari, 60 km from Bhopal. Due to the lockdown, the whole team stopped shooting in the middle and went back. The second schedule of shooting of the lion started at Balagat, where the entire unit will be present at Ranger College till October 25. 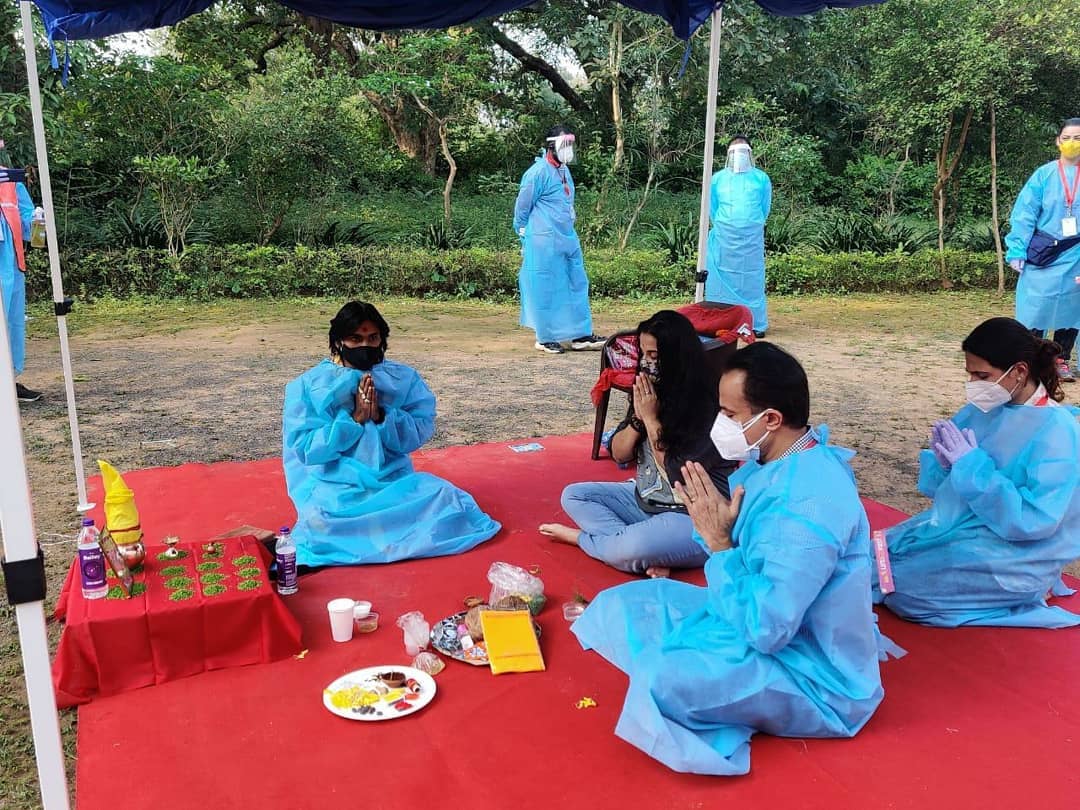 Everyone watched the PPE kit worship
The lion unit has about 500 people. At this time he was seen wearing PPE kit while worshiping. Producers Vikram Malhotra and Shikha Sharma were on the set. After reaching Gondia, the team underwent Covid test. There was worship in Ranger Bungalow. At this point the production company was allowed to shoot on condition that it would not cause any damage to the forest resources. Also, no construction work will be done in the forest area.